Early in the morning (6.30 a.m), 10 IMU students went to Kompleks Sukan Negara at Shah Alam for Annual National Pharmacy Sports Carnival. They participated only in 2 events- futsal and badminton. There is only 1 main objective- TO WIN.

However, when they reached there, they realized that they are totally outnumbered. 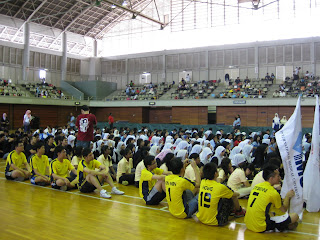 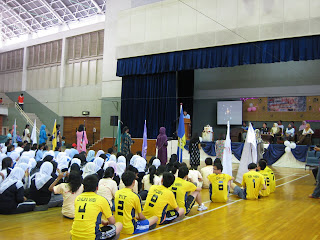 However, they faced the crowd without fear 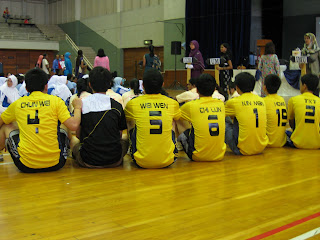 and they held the flag (banner) proudly. 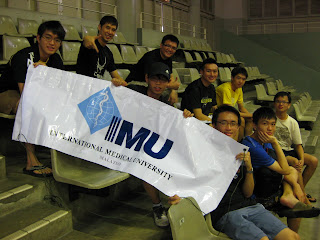 Coming as the underdogs, the futsal team has fought their life to appear as the leader in group stage. 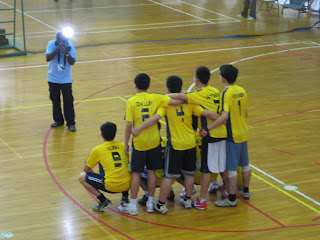 However, luck was not at their sides in semi-final and 3rd and 4th placing. IMU has lost by 1 in both games.

The IMU futsal team ended up as 4th.

On the other hand, the solo badminton player has cruised through into the semi finals with ease. Opponent in semis was very strong and after a tough fight, the Solo man was beaten. After that, the IMU player has won in the 3rd and fourth placing.

8. Most unknown university (NOT self-claimed)

Taking picture with the CUCMS students and the DEAN of MSU school of pharmacy. Guess who is the dean? 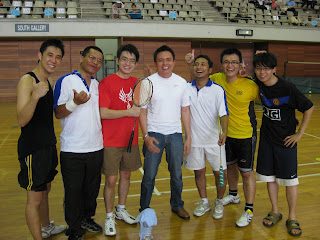 IMU is the only futsal team that took picture with opponents………even though they have lost to them. 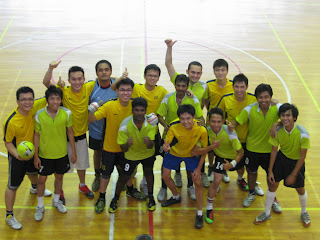 Other activities of IMU students include syok sendiri time as well as singing and dancing with MSU students in the closing ceremony!!! 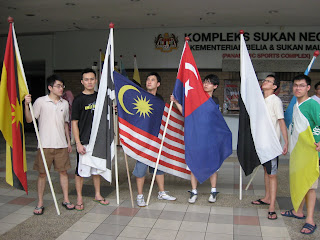 The 10 IMU students left at 7.30 p.m (after 13 hours). It was an exciting experience and none of them regret joining because they have earned something that is more important than the medals--------friendship J Congrats David on winning the bronze medal and a very big thank you to the supporter, Soon Yang for helping us throughout the whole day. Thank you so much.

So in the end, what do people think of IMU pharmacy students (even though some of them don't even know IMU)? 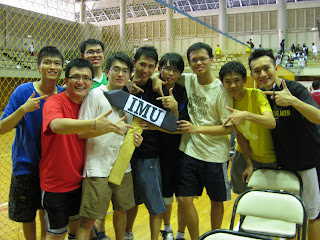 Good job guys! You guys made IMU from unknown to known.

thanks wei wen for the interesting article... lol.... we are really sporting yesterday.. it was like we are the one organising the event.. lol....

Wow, David, you are not slow, FINALLY!!!

after attending the event, i realised that imu is the most unknown university that offer pharmacy course..to the extend of general manager of MPS almost forget to mention IMU if not for some friendly reminder..