This time around, lets have a look at the spectators. There were quite a few of them, most came from near and far (mostly from Vista of course). We have to thank this spectator, Natalie, who risked life and limb and lens in order to get those lovely pictures. Here's a shot of Nat in pro-mode. 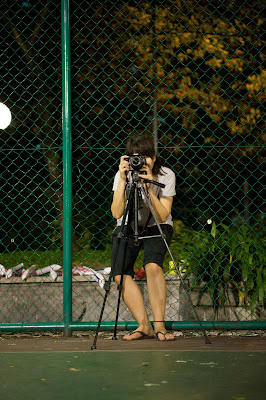 Besides that, we have those supporters who were waiting in trepidation, everyone was in the match. 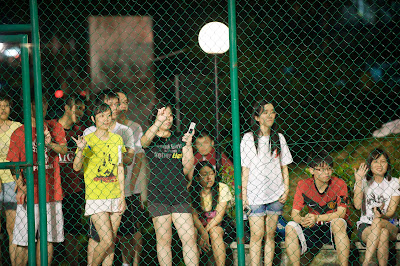 And we also have those lovely ladies who were prepared to cheer for the night. 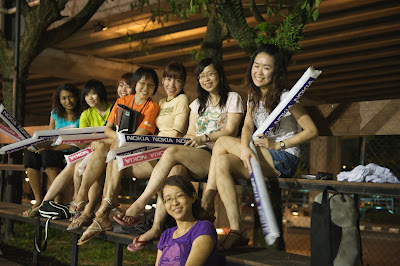 Apparently a certain Finnish company sponsored quite a bit for this event. 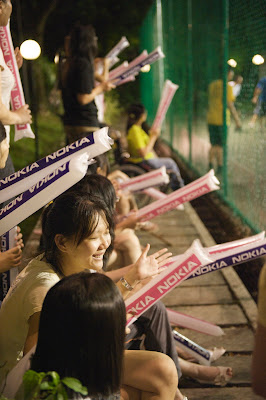 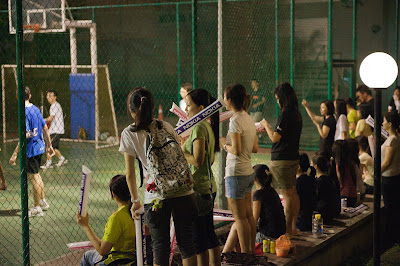 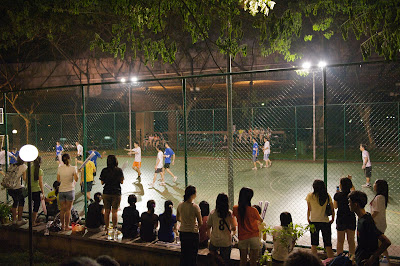 And some spectators felt very left out when they were not in the court. 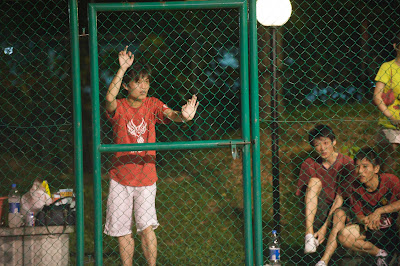 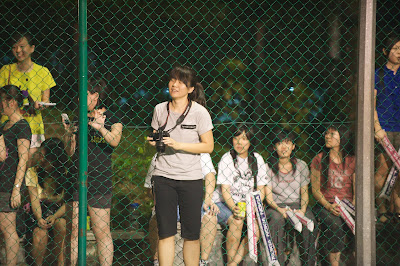 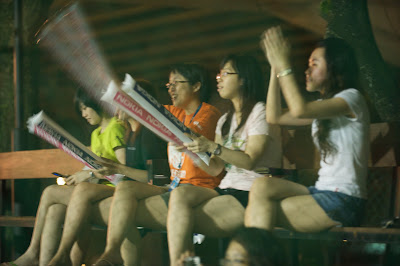 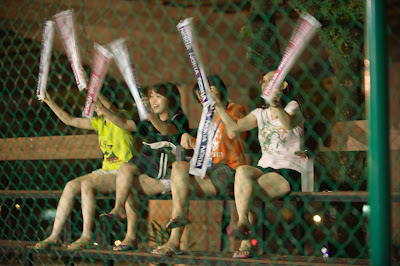 The night would not have been complete without the spectators, and fortunately the screams and shouts didn't carry all the way to midnight, otherwise complains would have reached a certain Dean's ear. 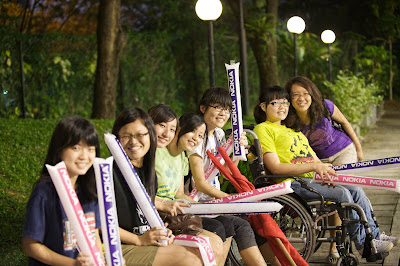 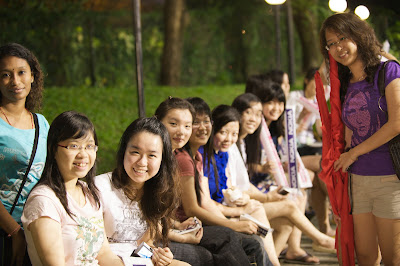 Pardon the green hue in this photo and some of the above shots, when one shoots between the green fence and the subject, the fence leaves its imprint behind. This is called using the hyperfocal distance, but I'm sure you already knew that. 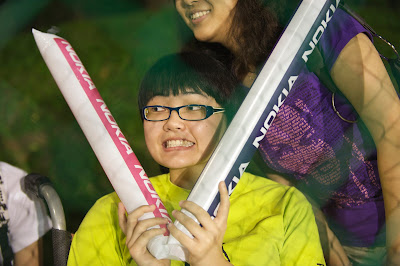 Some tend to look surprised when a camera was pointed at them, as this photo exemplifies. "Deer caught in the headlight" might caption this one. 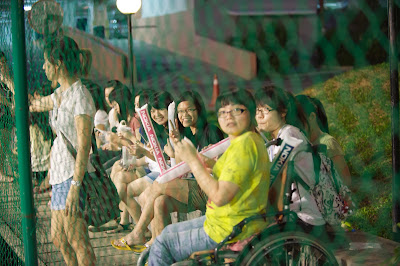 !@#$%^&*()_
You guys have brought communications tru symbols to the next level..

;)
well andrew...that's wat nokia does best...connecting people...and we just bring it to the next level...

dr kang..thanks so much for taking pictures, posting them, and being part of this blog! :) awesomeness!